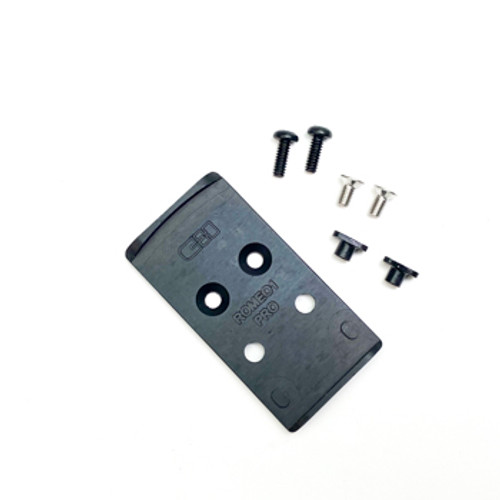 The V4 Series retains it’s industry leading six to seven full revolutions of thread engagement for maximum retention.  The secret to retaining MRDS’s on pistols is not the material a plate is made from – IT’S THREAD ENGAGEMENT!!!

The second feature we are introducing is our Patent Pending Defender Window. The V4 Defender series of plates is made from a Proprietary Impact Resistant Polymer and will feature a protective window frame in front of your RDS.